Recommendations for microindentation testing can be found in Test Method E For isotropic materials, the two diagonals of a Vickers indentation are equal in length. This rise in hardness number with lower test forces is often more significant when testing higher hardness materials, and is increasingly more significant when using test forces below 50 gf see Test Method E Hence, the Knoop hardness test is very asm for evaluating hardness gradients since Knoop indentations can be made closer together than Vickers indentations by orienting the Knoop indentations with aastm short diagonals in the direction of the hardness gradient. 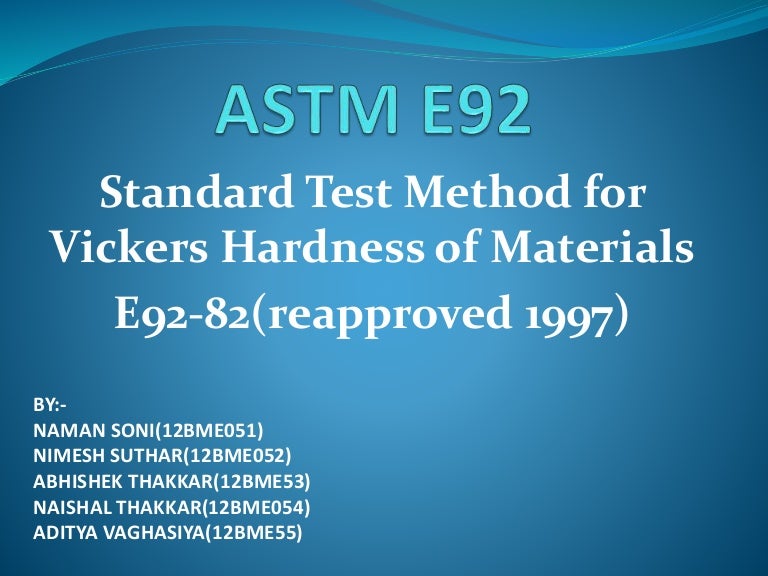 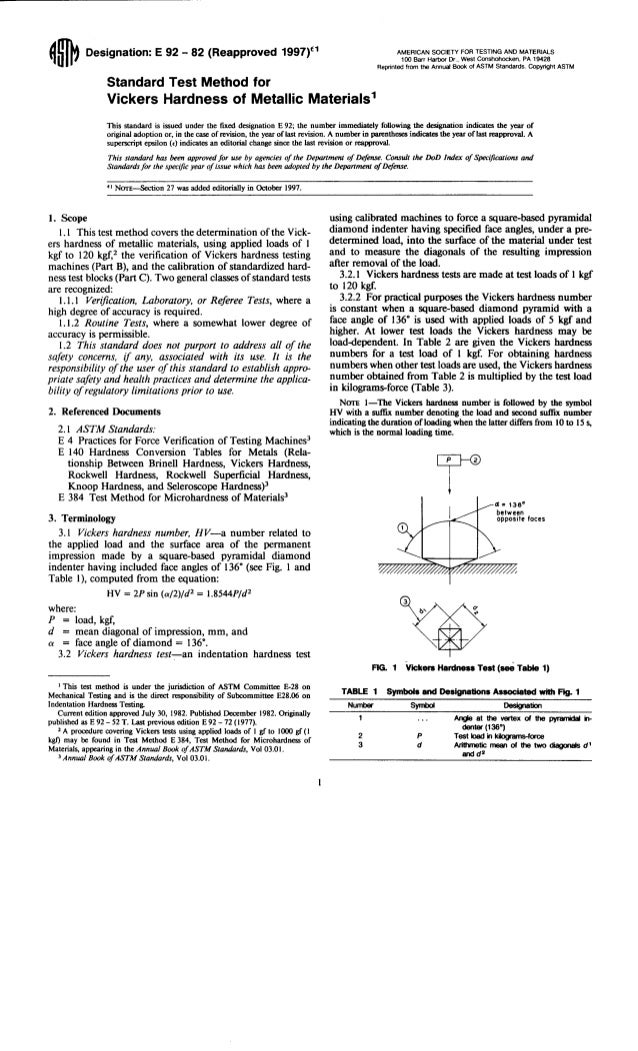 However, because of the historical precedent and continued common usage, force values in gf and kgf units are provided for information and much of the discussion in this standard as well as the method of reporting the test results refers to these units.

The Vickers and Knoop hardness numbers were originally defined in terms of the test force in kilogram-force kgf and the surface area or projected area in millimetres squared mm 2.

Today, the hardness numbers are internationally defined in terms of SI units, that is, the test force in Newtons N. However, in practice, the most commonly used force units are kilogram-force kgf and gram-force gf.

When Newton units of force are used, the force must be divided by the conversion factor 9. The significant differences between the two tests are the geometries of the respective indenters, the method of calculation of the hardness numbers, and that Vickers hardness may be used at higher force levels than Knoop hardness. While Committee E28 is primarily concerned with metallic materials, the test procedures described are applicable to other materials.

Other materials may require special considerations, for example see C and C for ceramic testing. It is the responsibility of the user of this standard to establish appropriate safety and health practices and determine the applicability of regulatory limitations prior to use. Referenced Documents ast separately The documents listed below are referenced within the subject standard but are not provided as part of the standard.

Link to Active This link will always route to the current Active version of the standard.